A CAREER IN STORY... 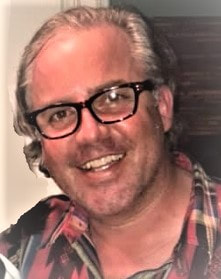 Now at 23 years of creative development with many of our industry's top producers, Manville's first years in TV format development found him on set with his boss Merv Griffin casting Ryan Seacrest in his first television hosting gig for game series ("Click") created by Merv.  At Merv Griffin Entertainment, Scott developed projects with prolific producers such as Orly Adelson (President Dick Clark Productions, President ITV America), Robert Kosberg ("Twelve Monkies" / Brad Pitt, Bruce Willis), Jonathan Koch ("30 for 30", "The Kennedys") and others. Most notably, Manville scouted the subsidiary rights and wrote the treatment for adaptation of Lance Armstrong's global bestseller "It's Not About The Bike" with Armstrong allowing MGE the television shopping rights, triggering a bidding war between ABC and TNT that landed the largest offer for life story rights in TV history at the time.

[Note: Manville Media does not operate as an Agent. We partner with key producers while procuring original properties that hold brand value in the marketplace. Do not send unsolicited pitches, as they will not be reviewed. Please send general queries via the contact page to open a conversation.]